Taking the first steps when trying to make an impact on climate change can seem daunting, but there are some significant areas you can start.

Each individual contributes to global warming through the emission of greenhouse gases (GHGs). A carbon footprint corresponds to the whole amount of GHGs produced, directly and indirectly, to support a person’s lifestyle and activities. According to national and international emission reduction targets the UK, the US and many EU countries are performing below par. Therefore, every person and home has an obligation to try to reduce their individual emissions.

The question is how?

An annual average carbon footprint of an individual is calculated by making assumptions for common sources of GHG emissions. Three major sources of emissions for the general public are travel, food and home energy – or horses, hamburgers and houses to be alliterative. For example, Ireland has consistently had one of the highest emissions of carbon dioxide per person in the EU, with the average carbon footprint of an individual standing at approximately 12.8 tonnes per person. This is largely due to high emissions from agriculture and transport.

A typical car emits on average ~3 tonnes of carbon annually (in Ireland). According to an SEAI statistics report on energy use in Ireland, transport has been by far the largest source of energy demand in Ireland since the year 2000. About 40% of the nation’s energy-linked carbon dioxide emissions come from this sector. Demand for travel is responsible for these emissions, but fuel type and vehicle efficiency also play a major part.

The average annual mileage of a privately owned petrol car in Ireland according to the CSO is about 17,000 kilometres (10,500 miles). The amount of Carbon a car emits per km depends on the age and type of vehicle. New cars emit about 20% less than the average car currently in use. Older cars emit much more. Based on the average annual mileage of 17,000 km, a vehicle emitting 180g/km produces roughly 3 tonnes of carbon into the atmosphere every year.

How Can You Mitigate This?

There are several simple lifestyle changes that can have a significant impact on your carbon footprint, such as:

Food and drink is a huge contributor of carbon emissions as the agriculture sector (such as beef and dairy industries) emits large amounts of GHGs directly and can require large amounts of energy and resources to function. Livestock farming whether that is for meat or dairy produces significant emissions. Cows, for example, produce methane (mainly from burps) which contributes to global warming as methane is a high global warming potential GHG. Carbon is also released through other aspects of a  farm’s operations, such as the use of machinery and other energy consumption.

What is the solution?

Reducing or (where possible) eliminating or substituting your consumption of meat is a way in which you can play your part in reducing carbon emissions. If farming was focused less on livestock production and more on other more sustainable food sources, emissions in this sector could be greatly reduced. Farms could be used for carbon fixing alternatives (often referred to as carbon sinks), thus even further reducing carbon in the atmosphere.

According to the Irish Commission for Regulation of Utilities (CRU) the average annual usage of electricity for an Irish household is 4,200 kWh. To understand the effect that this has on emissions, take the average grid carbon intensity, which stands at roughly 400g CO2/kWh. This means that for every kWh produced on the Irish grid, around 400g of carbon is used and emitted into the atmosphere.

As well as electricity use, space heating is also a major contributor of emissions. In Ireland the average household consumes 11,000kWh of gas per year. This again converts into a significant amount of carbon, which means that by using fossil fuels such as natural gas for you home heating needs, that you are contributing a large amount of carbon to the atmosphere annually.

How to reduce these emissions?

When it comes to home energy emissions, there are several ways in which an individual can reduce their consumption. Becoming more aware of your energy use is a key first step, energy efficiency is an extremely effective yet simple tool. Small steps include unplugging appliances or using high energy appliances such as dishwashers and washing machines at night.

Another option is adopting renewable resources within your home, this could include solar panels, air to water systems, or heat pumps. By installing a renewable system with storage, you could significantly reduce your home energy emissions. If you choose to purchase an electric vehicle, it is also advised to charge it at night. This is due to the fact that often in countries like Ireland, the national grid curtails excess energy during the night from renewable sources, as it is largely unused. By using energy at night, you are contributing to a more efficient grid.

So can one individual’s actions truly help?

The answer is yes they can!

As mentioned, a person’s carbon footprint corresponds to the whole amount of greenhouse gases produced to, directly and indirectly, support their lifestyle and activities. Therefore, by implementing simple changes in lifestyle, a huge difference can be made in the amount of carbon emissions attributed to the sole individual. By each individual taking responsibility for their own lifestyles, a significant difference can be made on a widespread scale! 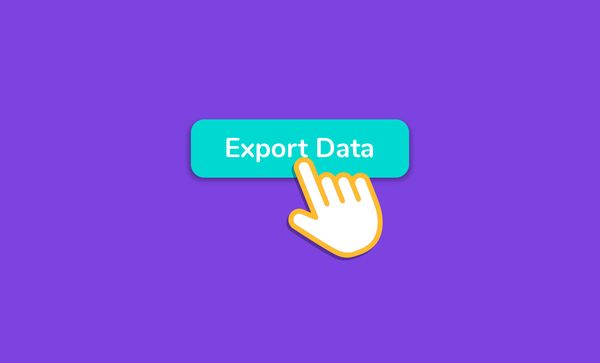 People use the EnergyElephant platform for a variety of reasons. Ease of use of energy data compilation is one of these key reasons. If you are a landlord looking to obtain tenants' energy data use, efficient data transfer is an aspect that would make this task much easier. How can 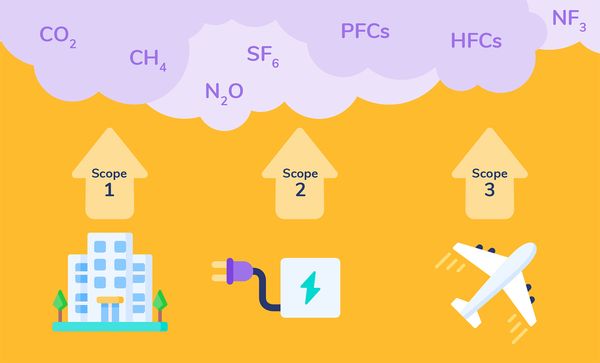 The terms scope 1, 2 and 3 emissions as well as GHG Protocol are common phrases in the carbon accounting world. But what exactly do they mean? To understand this, it is imperative to identify what the GHG Protocol is.